Are you wondering how COVID-19 is impacting other leaders of volunteers? Would you like to hear directly from volunteers about what they need and want from you? Erin Spink of Spinktank presents initial findings from an international survey launched in early April. Download slides from the webinar here.

Erin Spink’s interest in volunteers started at the age of six when she pronounced that while it was wrong to eat animals, hamburgers at McDonald’s came from “volunteer cows” and therefore an exception could be made. Fascinated by the subject, she completed a Certificate with Distinction in Volunteer Program Management, followed by an M.A. (Leadership) where she submitted the first-ever academic research quantifying the concept of “volunteer engagement”. Spink’s academic and thought- leadership work has since been published around the world. Erin had the honour of serving on the Board for PAVRO for five years, including two as President, during which she lead the association to sit at key decision-making tables such as presenting to the Ontario Minister for Economic Development. For the last several years, Erin has volunteered as the Training Designs Editor for e- Volunteerism. Recently, Erin was recognized with the 2017 recipient of the Linda Buchanan Outstanding Leader of Volunteers award for her contributions to the profession. After 20 years working in Volunteer Engagement, she has changed her mind and no longer believes in eating volunteers.

AL!VE (Association of Leaders in Volunteer Engagement)
Follow
AL!VE is the essential professional resource and advocate for those who engage, motivate, and celebrate volunteers and their vital contributions to our society. VALUES

Faiza Venzant
over 2 years ago

If you want to hear from Erin, a thought leader of volunteers, check our her free ebook Top 20 Ideas in Volunteer Engagement for 2020 at http://www.spinktank.ca/learn/ideas-ebook-volunteer-engagement-2020/

Planning for the New 3 Rs of Engagement: COVID Recovery, Reopening, and Return

The Role of Volunteering in Philanthropy 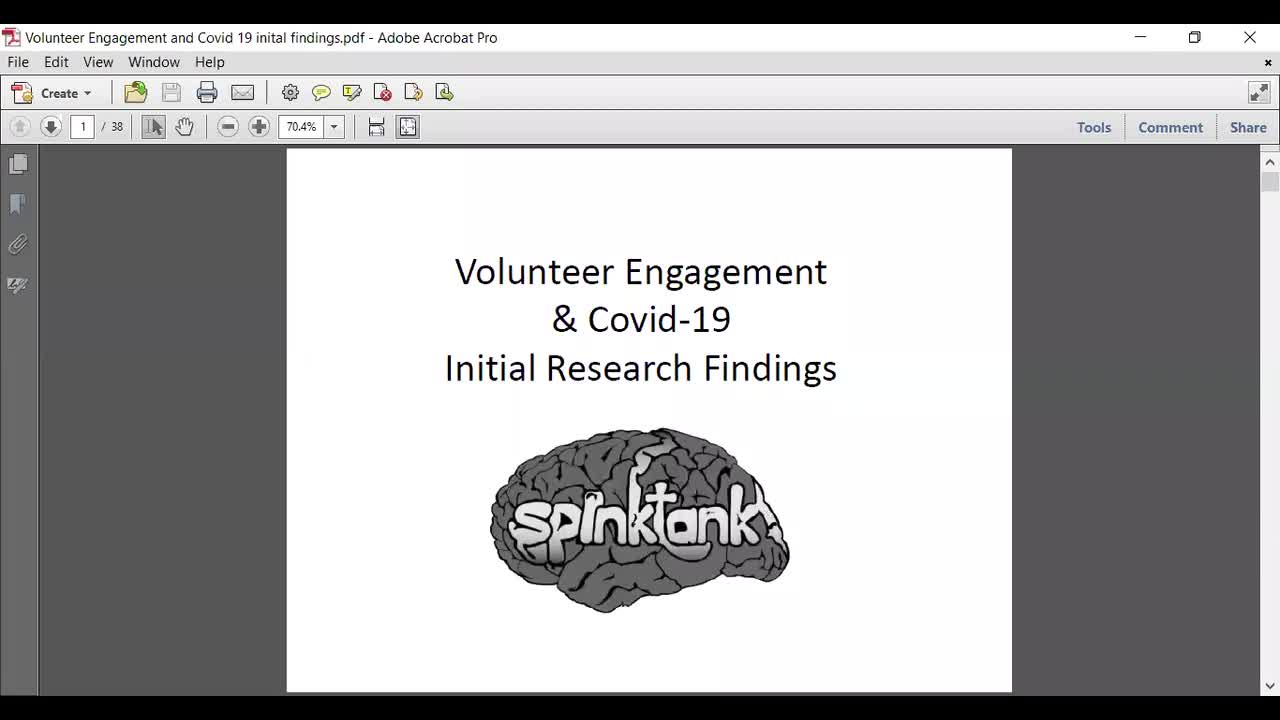